10 Bizarre Celebrity Love Triangles That Will Shock You

Love is a part of human life; it can cause peace where there is war, or even cause war where there is peace. Romantic love is supposed to be between two people, and society celebrates this union because it is always beautiful. However, when a third party gets into the relationship, the beautiful union turns into an ugly love triangle.

Here are 10 love triangles that made headlines in the recent past: 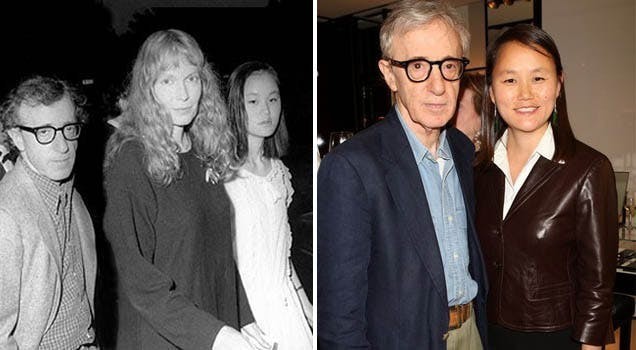 This love triangle has to be the weirdest and most scandalous in history because it involves a man, a woman, and her daughter. Former actor and movie director Woody Allen was in a relationship with actress Mia Farrow for 12 years, but it came to an end because Mia found Woody Allen with her daughter’s (Soon-Yi Previn) naked pictures. Regardless of the fact that Soon-Yi was Mia’s adopted child, there was still the inevitable feeling of incest in this strange relationship. Allen later married Soon-Yi in 1997, and the two have had a very long relationship regardless of everything that has happened between the two.
[/nextpage][nextpage] 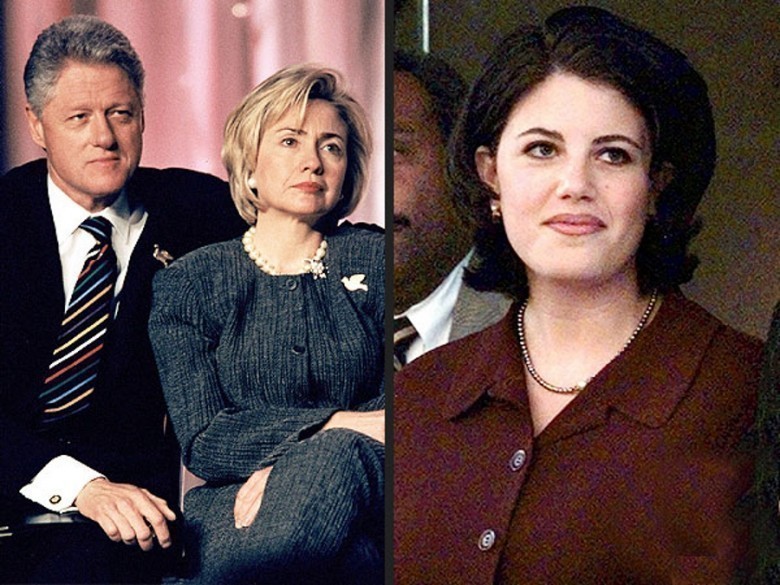 This love triangle was one of the worst that the world and especially the United States had ever witnessed. Then-president Bill Clinton was accused of having an affair with Monica Lewinsky, a then 22-year-old White House intern. These accusations led to an impeachment trial where the president admitted to having “inappropriate” relations with Mrs. Lewinsky. The trial and the affair were the worst threat to Clinton’s presidency as well as his marriage to Hillary Clinton, but both managed to survive. This triangle kept Americans on the edge of their seats as revelations of the affair unfolded before the entire country.
[/nextpage][nextpage] 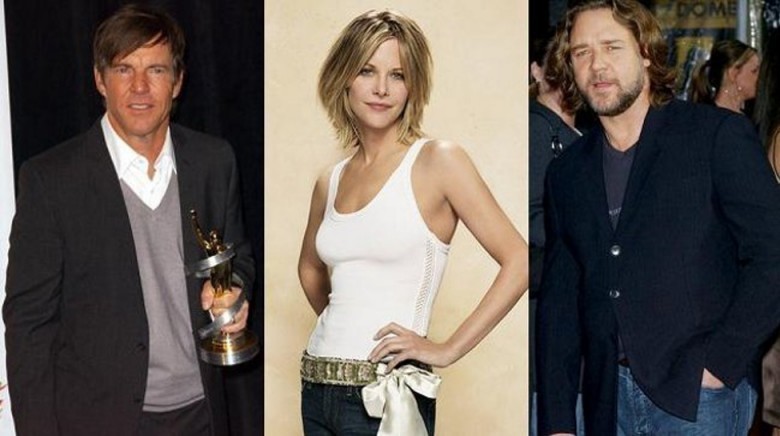 Celebrity actors Meg Ryan and Dennis Quaid were the perfect couple throughout the 1990s. However, the marriage sadly ended in 2001. Many people, as well as Quaid himself, made us believe that the cause of the breakup was because of an affair between Meg Ryan and Russell Crowe. Although the affair was short-lived, the love triangle dealt a serious blow to the marriage, which Meg Ryan recently disclosed was not free from unfaithfulness on Quaid’s part. Ryan has yet to get married again, but Dennis Quaid and Russell Crowe both moved on and married different women.
[/nextpage][nextpage] 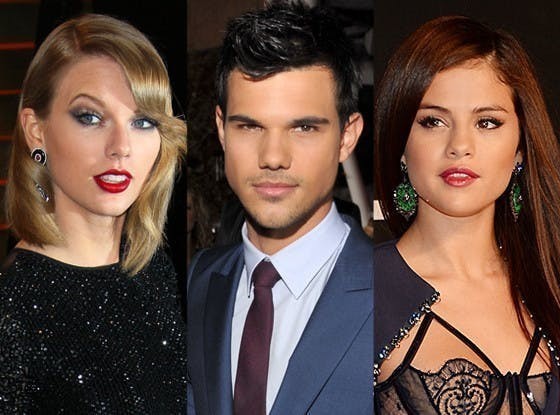 Taylor Lautner is a famous celebrity actor, best known for his role as Jacob Black, the Werewolf in the Twilight films and other roles in movies such as Abduction and Cheaper by the Dozen 2. Lautner was in a relationship with popular singer Selena Gomez for a few months in the first part of 2009, a decision that he did not make on his own.

Later in the year, Taylor Lautner and Selena Gomez’s friend and celebrity singer Taylor Swift were together in a relationship that the world referred to as “Taylor Squared,” though Swift broke Lautner’s heart in December 2009. Swift later on wrote a song “Back to December” that seems to be based on her relationship with Lautner. Swift and Selena are great friends despite the Lautner situation, and they all continue to thrive in their careers.
[/nextpage][nextpage] 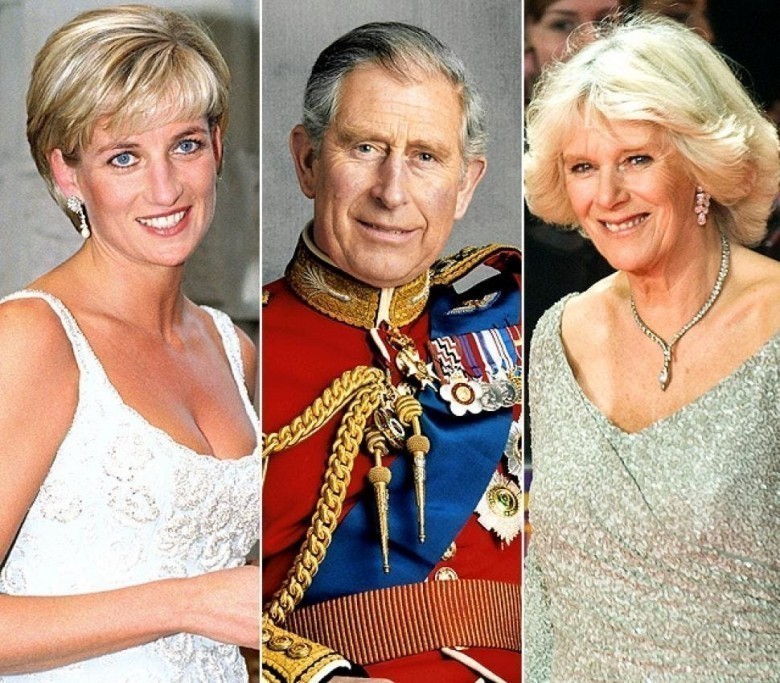 The United Kingdom is host to probably one of the longest serving and most popular monarchies we have today. The royal family is not exempt from love triangles, and the most pronounced was between Prince Charles, the late Princess Diana, and Camilla Parker.

Prince Charles was in love with Camilla before his marriage to Diana, but he could not marry her because Camilla was not ‘suitable’ for him. This led to the development of an affair between Charles and Camilla, which among other things led to the breakup of the royal couple. However, years after Diana’s tragic car accident, Prince Charles got married to his long-time sweetheart Camilla.
[/nextpage][nextpage] 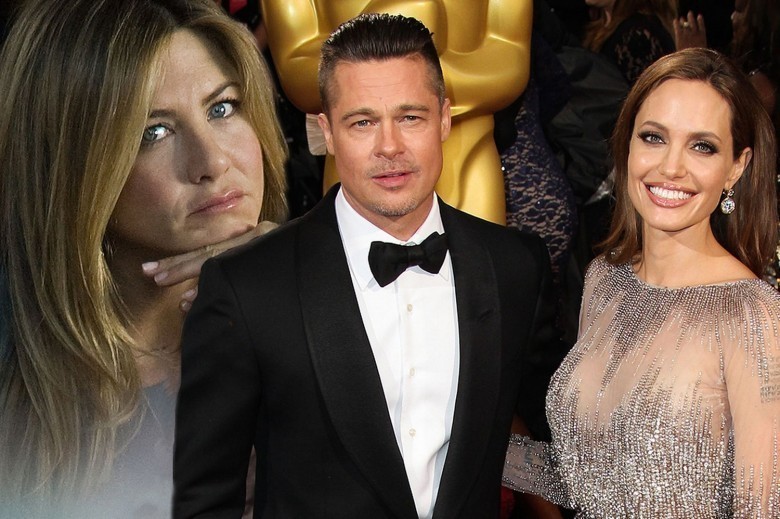 Jennifer Aniston was and still is one of the most famous and talented celebrities in Hollywood, a quality that made her marriage to equally talented actor Brad Pitt a fairytale ending. However, their ending was not to be so beautiful, since Brad Pitt met Angelina Jolie.

Angelina is another A-list celebrity, who began a relationship with Brad Pitt during the shooting of Mr. and Mrs. Smith. Jennifer and Brad ended their five-year marriage in 2005, and later Brad and Angelina got married.

The whole world loves and adores these three celebrities, and the love triangle has not had adverse effects on the reputation of any of them. Jennifer Aniston later found true love in Justin Theroux and has forgiven Brad and Angelina for going behind her back.
[/nextpage][nextpage] 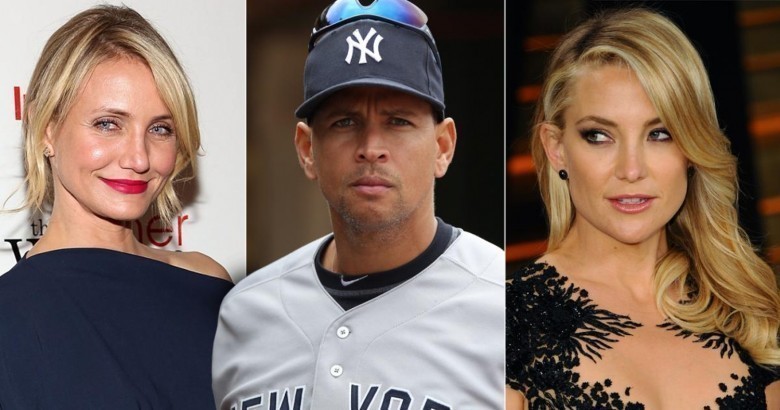 Kate Hudson and Cameron Diaz are good friends and are both Hollywood celebrities with great careers. The only problem between the two is that they cross each other’s paths when it comes to dating the same men a few days apart.

In 2009, Kate Hudson was in a relationship with pro baseball player Alex Rodriguez for a period of about six months, only for Alex to break up with her and hook up with Cameron Diaz five months later.

Although Kate was angry that Diaz would do that to her, many people saw it as payback because just a few days after Diaz broke up with Justin Timberlake a few years earlier, Kate hooked up with him for a while.
[/nextpage][nextpage] 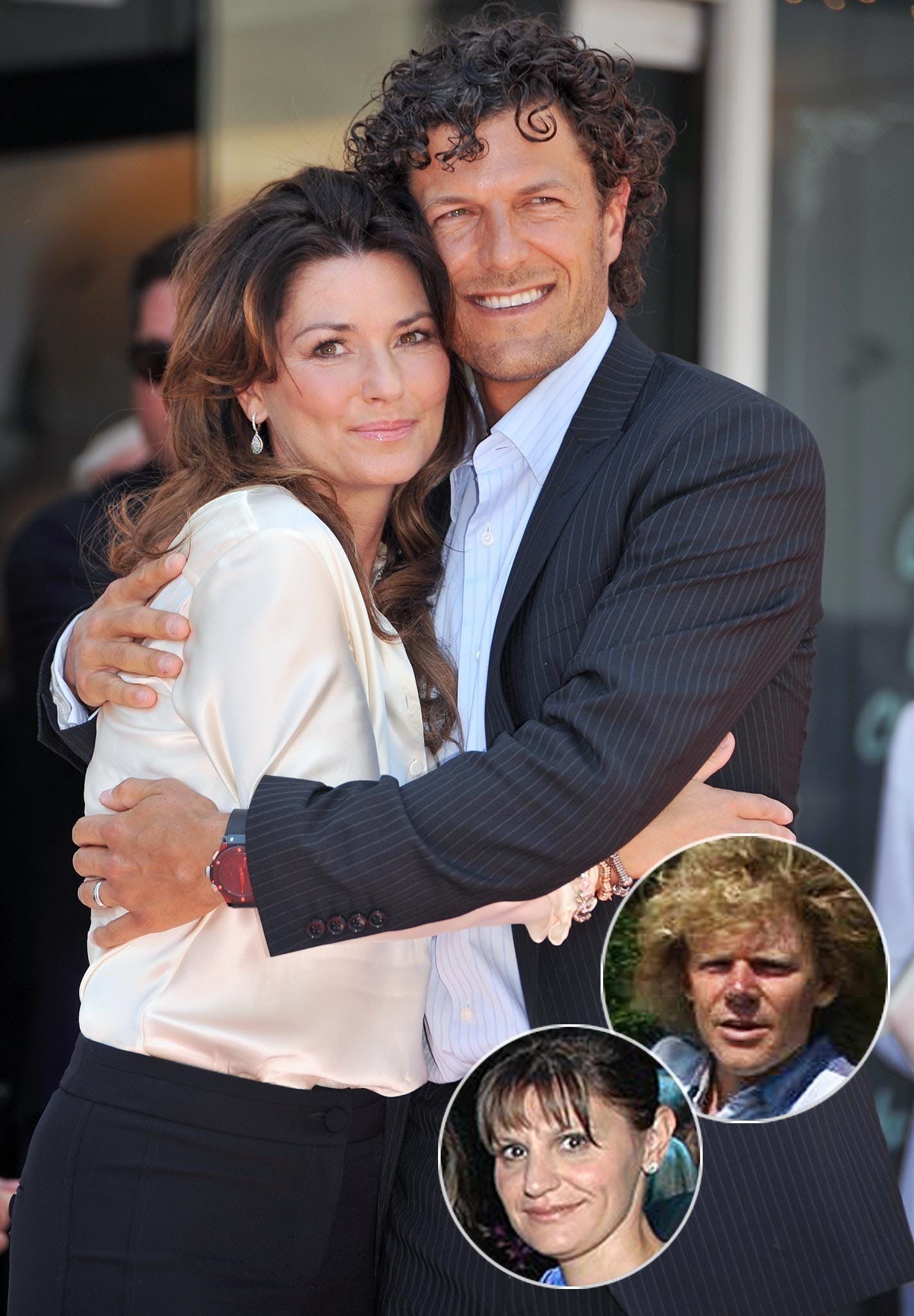 When love triangles include 4 or 5 people, we can refer to them as love squares or love pentagons. The above love situation is a love square that started off as two couples; singer and songwriter Shania Twain married to music producer Robert Lange, and Marie-Anne Thiebaud married to businessman Frederic Thiebaud.

In 2008, an affair began between Marie-Anne and Robert, and it was a classic case of betrayal because Marie-Anne and Shania Twain were best friends. However, after both marriages broke down, the victims of this infidelity (Shania and Frederic) began to spend time together. In 2011, Shania and Frederic got married; their cheating ex-spouses must have found this situation quite strange because we did.
[/nextpage][nextpage] 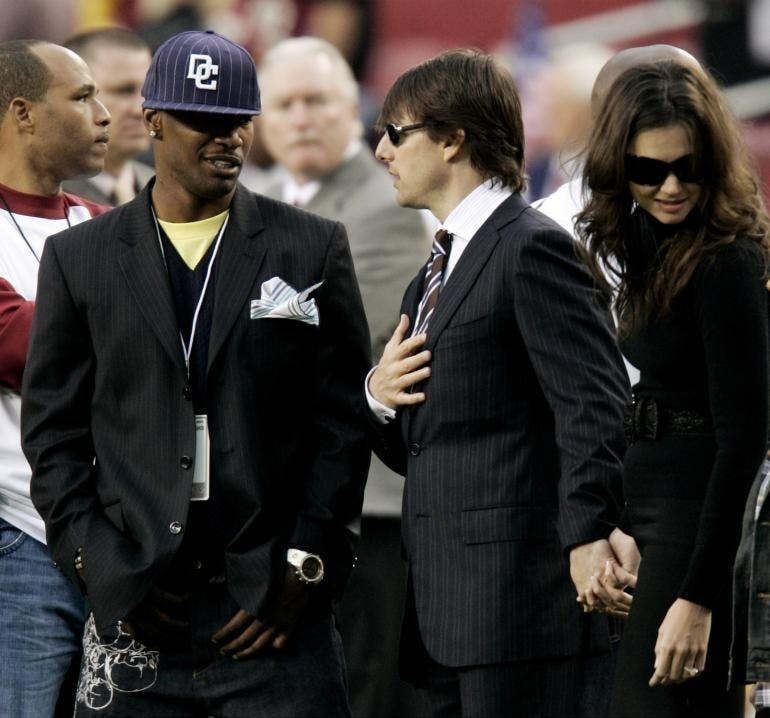 Tom Cruise and Katie Holmes got married in 2006, and everybody loved this powerful celebrity couple. However, after six years of marriage, Holmes threw in the towel and asked for a divorce in 2012.

Two years later, she surprised the world when she got into a relationship with Tom Cruise’s longtime friend Jamie Foxx. Though there are no indications that their once secret love affair began when Tom and Katie were still married, the fact that they were spotted numerous times together confirmed that there was something between Jamie and Katie.

This triangle has now led to a complicated friendship between Cruise and Foxx. Katie has been spotted with other men in the recent past, and this continues to make the situation even more awkward between Tom, Katie, and Jamie.
[/nextpage][nextpage]

John Terry is the captain of Chelsea Football Club, one of the best football teams in Europe. At one time, Terry was the Captain of the England national team, but he lost his post owing to his conduct off the field.

Wayne Bridge is a retired footballer who used to play with John Terry, and had a French girlfriend called Vanessa Perroncel. John Terry made Vanessa pregnant and arranged for the abortion, an affair that proved to be a disappointment to his wife, his friend, his team, as well as his country. This love triangle was one of the worst in English football history because it involved the England captain and exposed his inability to be a good example.
[/nextpage]

No Related Posts Yet!