17 “Me Vs You” Tweets That You Will Absolutely Love

How dare you even try it?

2. Sometimes you’re a bit messy, but that doesn’t mean you’re not fierce.

The chick on the left may do ballet, but the boots you have on are the real showstopper.

3. You make sure that your successes are made public for everyone to see.

You, wincing through your sports bar gig vs Me, practicing for my Kanye support slot pic.twitter.com/3vdbGijfjb

“That thing you did is cute, but here’s this gorgeous thing I’m doing.” – you, probably.

4. You always arrive in style.

You b*tches can’t even spell bus!

5. And are always on the forefront of the ~hot-button~ issues.

The Babadook? King of the gays; Jennifer Lawrence is shaking.

6. Did we say that you flaunt even when messy?

7. You and the girls are always synchronized and in check.

There’s no time for that quirky, “we’re just like everyone else xD” nonsense.

8. You can’t help it that you shine so bright.

Do you really have to apologize for that?

9. Others often are inspired by said shine, but you don’t think they pull it off.

10. Being plain is just boring to you.

“Plain” is for old people and white rice.

11. The confidence that you rock gives yourself an extra kick.

Save the mayonnaise for someone else, Sally, we only stan hot sauce.

13. Your ex-b*yfriend? You know he’ll never glow-up from you.

14. You even think your relationships are cuter than most.

Me VS You #eurovision pic.twitter.com/zF0H4LGUBs

15. Even on the off-chance that you weren’t the trendsetter, the person who did it before you? We don’t know her.

Basically, you’re the one and only.

16. But sometimes, that self-confidence comes with a little bit of sweetness…

17. And you decide that to spread that confidence around.

Me vs. you bc we both are amazing and beautiful potatoes and when we lift each other up we achieve more so be kind to one another pic.twitter.com/bf5g6JP017

You: queen of giving the girls and gays everything they want. 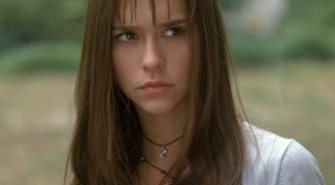